The Toy Story Collection (Later rebranded as the Toy Story Signature Collection in 2011) is a line of near-replica Toy Story toys produced by Thinkway Toys. Initially launched in 2009 to coincide with the coming release of Toy Story 3, the line focused on notable characters from the first two films. One of the biggest selling points is the use of Pixar's original digital data from Toy Story 3, and later Toy Story 4, to create the toys, and the movie-inspired packaging they are sold in.

After slowing down considerably after the second wave, and taking a long hiatus from 2012 to 2019, the line began to arrive back in stores with a focus on the main characters of the franchise and was exclusive to Target in the United States.

Characters from Toy Story 4 arrived in the line in synchronization with the buildup to the movie, with two additional waves being produced. The line is still shipping. 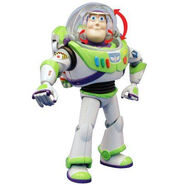 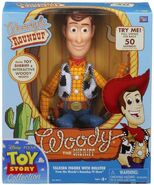 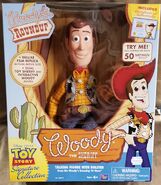 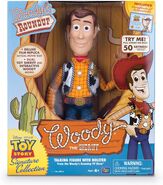 Retrieved from "https://toystorymerchandise.fandom.com/wiki/Toy_Story_Signature_Collection?oldid=6306"
Community content is available under CC-BY-SA unless otherwise noted.