Toy Story and Beyond! was an official re-branding created by Disney in 2001 for licensees to continue producing Toy Story based merchandise without tying it into any specific movie. The branding ran until 2008, though it ran strongest from 2001 - 2006, featuring a metric ton of different merchandise and toys, including lunch boxes and backpacks. Strangely enough, promotional art shied away from using renders of the characters from the films, instead using stock photography of toys of the characters, generally the original Thinkway releases.

The branding seemingly saw its first use at the Disney Store in 2002, being used for the large-scale Buzz Lightyear and Woody figures available at the time, based on the original Thinkway versions. In addition, it was featured on additional miscellaneous merchandise, such as candles and blankets.

Later on, the line became most strongly associated with Hasbro's movie-scale figures. This was the first period where Hasbro had the license to produce Toy Story merchandise, and they went absolutely crazy with it, releasing many, many variations of these molds over the next few years. The Buzz Lightyear figure from this line is notable for two things: Being the first Buzz to feature an accurate wing mechanism, and the first to depict the Utility Belt featured in Toy Story 2. Woody was generally far more inaccurate, though different variations were released with both Lenny and Wheezy figures, being some of the only depictions of these characters in a close scale.

The branding was eventually discontinued in 2008 because of preparation for Toy Story 3. After it's defunct, merchandise began to move towards a cloud pattern reminiscent of Andy's room in Toy Story. Additionally, Hasbro's license for merchandise rights was not renewed, but rather being given back to Thinkway, and thus the inundation of their Woody and Buzz figures came to a halt. 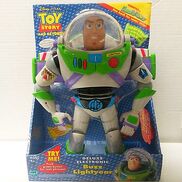 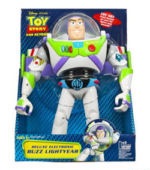 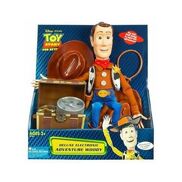 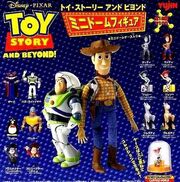 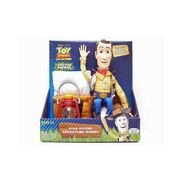 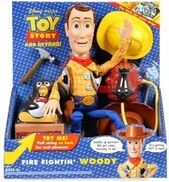 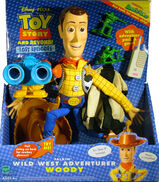 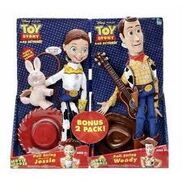 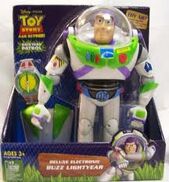 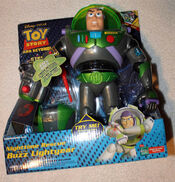 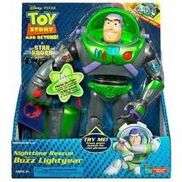 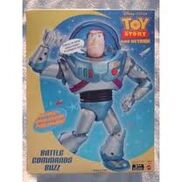 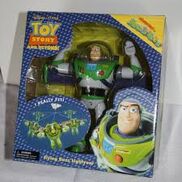 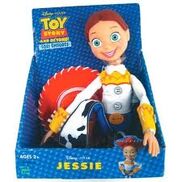 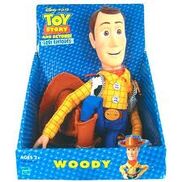 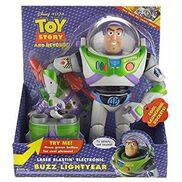 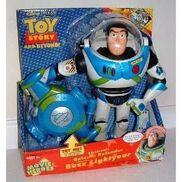 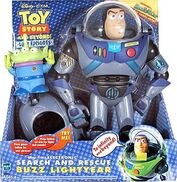 Room Guard Woody Doll (2003)
Add a photo to this gallery

This year introduced the Lost Episodes branding, presumably to further signify that these toys were based on no specific movie and were intended as a continuation of the movie stories.

Retrieved from "https://toystorymerchandise.fandom.com/wiki/Toy_Story_and_Beyond?oldid=6094"
Community content is available under CC-BY-SA unless otherwise noted.